A. Lyle Leverich, President of the Leverich Realty Corporation, of 143 Montague Street, which is a member of the Consolidated Exchange, is one of the youngest but immensely active realtors in Brooklyn, and probably the youngest president of a corporation listed on the exchange. He was born in 1898 in this boro, educated in private schools, and the Polytechnic Institute, from which he graduated in 1917. He then entered the realty field, which had been his family's line of endeavor for many years before. It was he, however, who founded the corporation, of which his father, Augustus A. Leverich is Vice President, and of which William A. Taylor is Secretary-Treasurer. Though young in years, Leverich possesses the discernment and the erudition of old age. But he preserves the enthusiasm and the capacity for effort incidental to young manhood, and it is the combination of the four that make him the wise businessman and the capable executive that he is. His latest project, the huge and magnificent hotel "Leverich Towers",, which is to be built in Brooklyn Heights, reflects the magnitude of his thought and the keeness of his vision, which is now amply justified by the ever-mounting values of real estate in the Heights. [Building up greater Brooklyn : with sketches of men instrumental in Brooklyn's amazing development. Wexelstein, Leon.. Brooklyn, N.Y.. Brooklyn Biographical Society. c1925, pp 132-133.]

According to a website on "NYC Radio AM History", Leverich Towers Hotel was a grand structure constructed by one of Brooklyn's leading real estate developers, A. Lyle Leverich, at 25 Clark St. in Brooklyn Heights. Construction began in 1926 at a cost of $4 million. Studios on the mezzanine floor were to be equipped with the latest equipment and modern soundproofing, and there was to be a studio in Manhattan. A new transmitter on the shores of Jamaica Bay was also planned, however when WLTH took to the air, it was through WFRL's old facility atop the Strand Danceland. By 1928, the Leveriches were facing bankrupcy and trying to scale back their hotel by such compromises as lowering the height of the ceilings. For a while, WLTH was operating through the Staten Island transmitter of WBBR. Station manager Samuel Gellard became head of a new parent company called the Voice Of Brooklyn Inc., which was one of the creditors when the Leverich Towers went into foreclosure in 1929. The hotel was later renamed simply, The Towers. 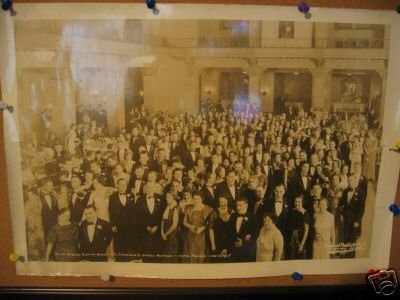 This is a photo supposedly taken at the Towers hotel of the Saint Catherines Nurses Alumnae. Photo courtesy of Patricia, ebay.com.

1927 - A front page news story about William A. Foor in The Times, Canal Winchester, Ohio, says "His [William Foor] acceptance of the managership of the Leverich Towers Hotel in New York City, while still retaining his other interests, is his latest move to the top of his profession"

1931 - May Probe Affairs of Bond Concern - U.S. may begin general inquiry of American Bond and Mortgage Co. Washington (AP): The justice department today laid plans for a general investigation of the American Bond and Mortgage characterized as a $100,000,000 concern with activities in half a dozen of the largest cities. It was said officially that United States attorneys in several cities had received complaints and had begun investigations of the company's activities in their own particular sections. Among the enterprises financed by the American Bond and morgage company are the Mayflower hotel here, the Mayfair apartments in Philadelphia, the Park Central and Libby hotels in New York, the Leverich Towers in Brooklyn and the Longwood towers in Boston. One official explained today that complaints from stockholders in the concern over the value of the securities held by them had been received by the department for many months. [Appleton Post Crescent, Appleton, WI, April 23, 1931] 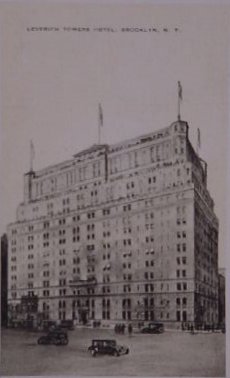 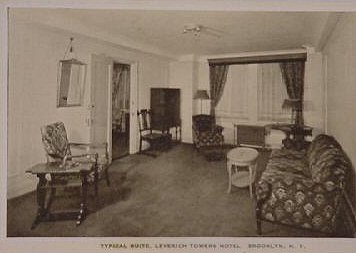 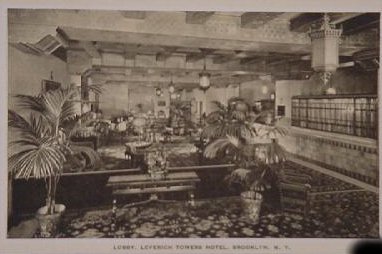 The following photos were graciously used with permission by ebay.com seller, Susan Ward Fernau. The description written was "This is a wonderful old piece of silverplate from the Leverich Towers Hotel that was located at Clark and Willow Streets in Brooklyn Heights, New York. Made by the Albert Pick Company of Bridgeport, circa 1910 - 1920. It is marked on the bottom with the hotel name and has a crest on it's side. Marked, also, on the base, Albert Pick & Company of Bridgeport, Inc. Nickle Silver, Silver Soldered. Approximately 6 1/8" tall, it is in very good condition, nice and shiny bright. It leans very, very slightly to the left, but it does not appear to be bent. It's very slight and barely noticeable. A super addition to one's Hotel Silver collection!. 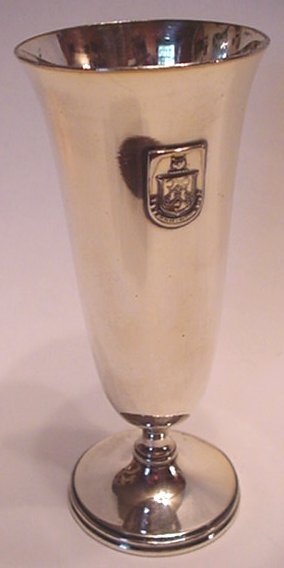 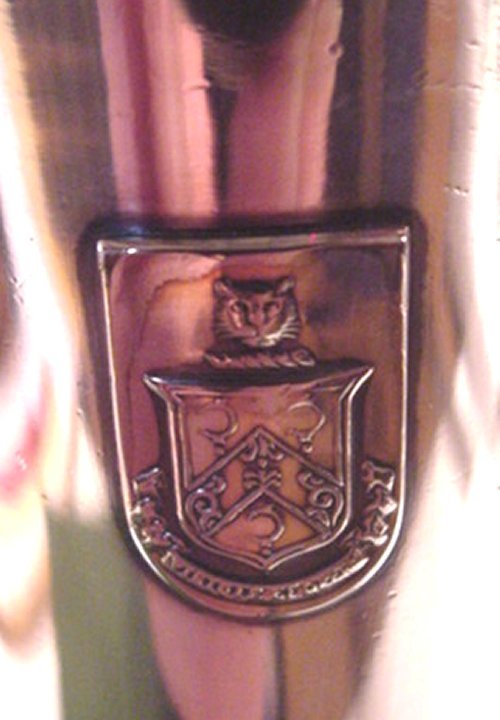 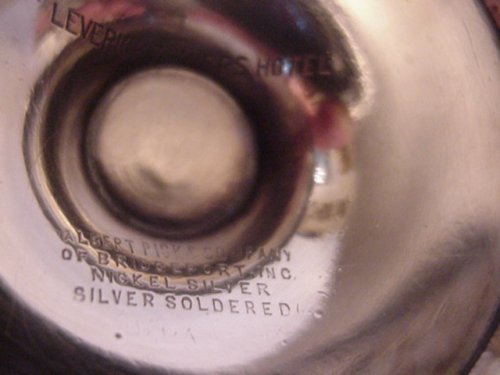 The following is a 1930 advertisement, 4.5 inches wide and 6 inches high. The ad was for sale on ebay. Photo used with permission. Source of advertisement not shown. 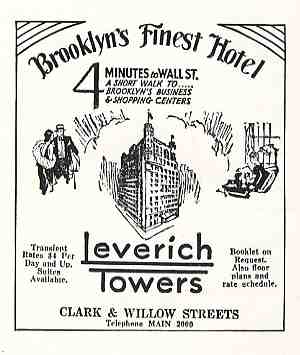