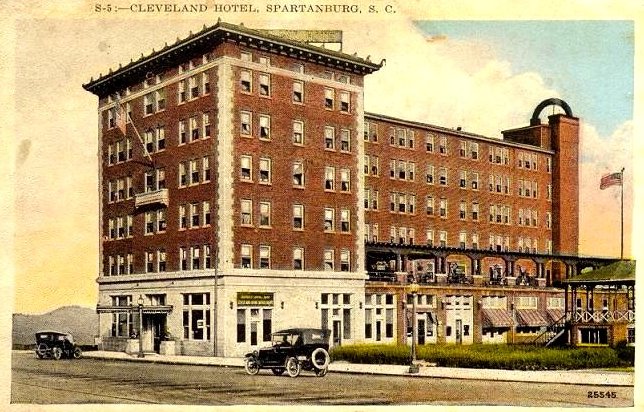 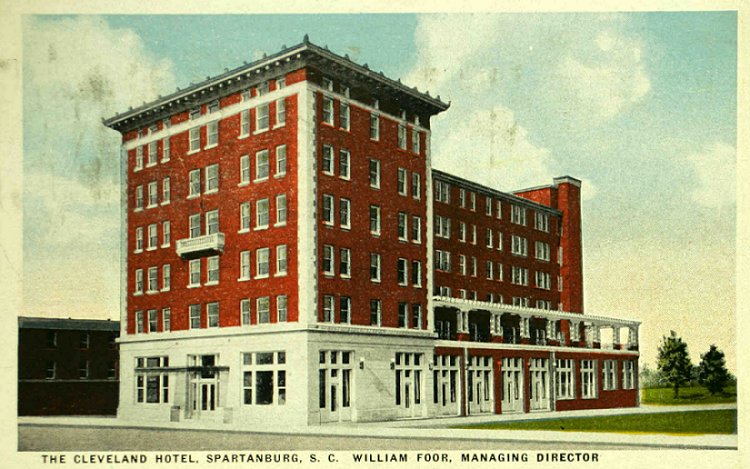 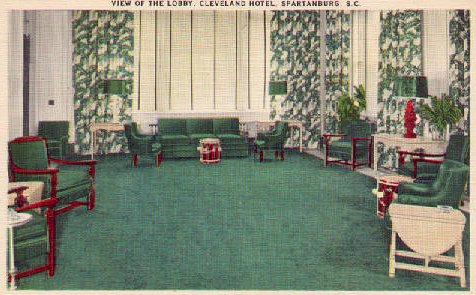 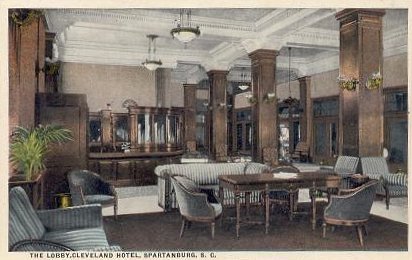 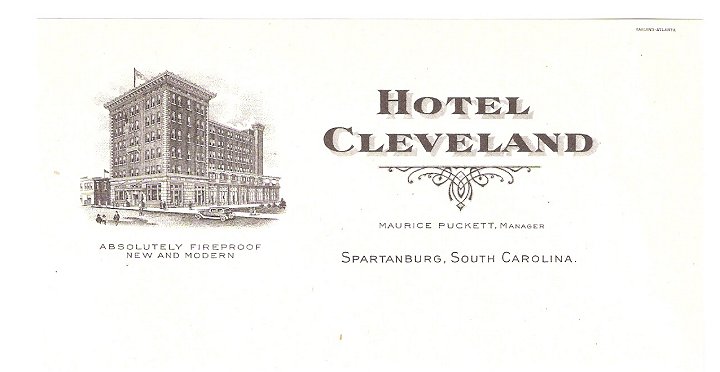 This is the top of a piece of stationary for the Hotel Cleveland. 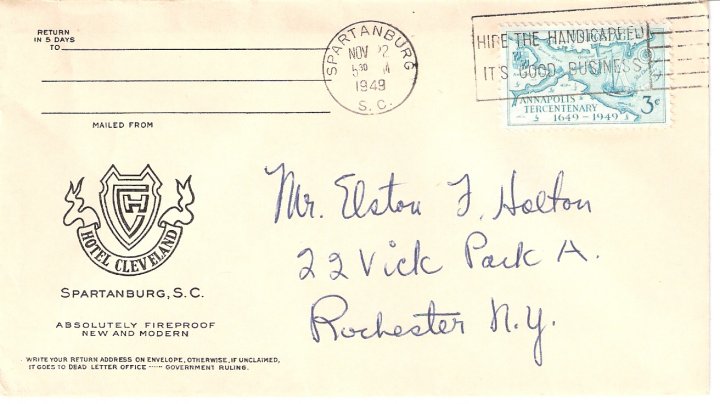 In July of 1917, (how soon after the opening, I don't now), an employee named Hettie Sartor died in an accident in one of the elevators. In 2003, I received an email from Tamara Fisher that said, "I came across your site on the internet. Your site is great and informative. Tragically my GGG Grandmother was killed in a freak accident in the hotel elevator of the Cleveland Hotel in Spartanburg in 1917. She was an employee named Hettie Sartor. Her son later sued the hotel and William Foor." She asked me if I was interested in copies of the documents that she had. Here are a few that she sent:

Article about accident from the Spartanburg Herald, July 25, 1917

Page one of William Foor's summons